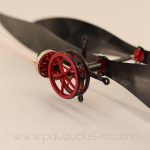 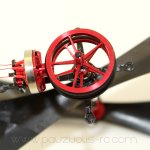 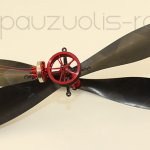 Alexey Lantsov 13 inch spare props for coaxial system
0 out of 5
( There are no reviews yet. )

Only best materials (CNC machined high grade aluminum alloys, titanium, carbon fiber) to produce AL coaxial units.  Alexey coaxial units are recognizable worldwide by its signature red color and rubber friction gears . Friction gear was not accidentally chose by Alexey. Having in mind that during thousands of flights crashes do happens even for most experienced pilots. When teeth s of simple gears tend to rip during crash, friction gear simply slips saving whole unit. In addition to this another important feature of Alexey’s friction gear is its quietness. Hard to hear motor whiz creates atmosphere of peace and full concentration in a hall. Who knows, maybe it could make positive impression on judges. Coaxial unit benefits:

There are no reviews yet.

Only logged in customers who have purchased this product may leave a review.

This website uses cookies to improve your experience while you navigate through the website. Out of these, the cookies that are categorized as necessary are stored on your browser as they are essential for the working of basic functionalities of the website. We also use third-party cookies that help us analyze and understand how you use this website. These cookies will be stored in your browser only with your consent. You also have the option to opt-out of these cookies. But opting out of some of these cookies may affect your browsing experience.
Necessary Always Enabled
Necessary cookies are absolutely essential for the website to function properly. This category only includes cookies that ensures basic functionalities and security features of the website. These cookies do not store any personal information.
Non-necessary
Any cookies that may not be particularly necessary for the website to function and is used specifically to collect user personal data via analytics, ads, other embedded contents are termed as non-necessary cookies. It is mandatory to procure user consent prior to running these cookies on your website.
SAVE & ACCEPT